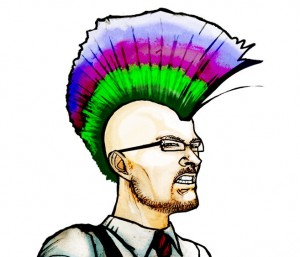 How many more reasons do you need?

I need a few volunteers for my stand-up comedy show on March 9. 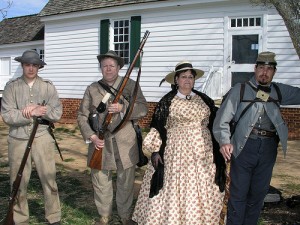 We’ll need a few people to…

All volunteers get a free ticket to the show ($10 value!) plus my undying gratitude.

Please let me know if you’re interested by dropping me a line at benjamin.gran@gmail.com

So unless you’ve been living in a cave and don’t have Internet access, you probably have heard about my stand-up comedy show on March 9 at the Des Moines Social Club. Maybe you are wondering what kind of style of comedy to expect.

Here are a few comedians whose style and delivery I really admire and identify with. I don’t claim to be as good as these guys, but they’re the ones I’d most like to emulate. These are my heroes of stand-up comedy:

George Carlin: George Carlin made comedy into an art form in a way that no other comedian can touch. He was so smart, so tough, and so rigorous in the way he thought out every joke. 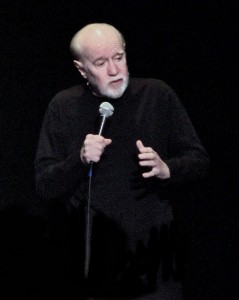 You can see the craft that George Carlin put into every joke and every delivery. I saw George Carlin live a couple times at the Des Moines Civic Center and I loved that even in his last few years of life, when his health was suffering and a lot of other people might have retired, George was still going strong with as high energy of a show as ever. He’s been dead for over 3 years but I still miss him and I watch his old routines on YouTube quite often.

Henry Rollins: Henry Rollins doesn’t describe himself as a comedian, but his style of spoken word performance has a lot of humor and it comes with a great intensity and precision to every thing he says. He’s an autodidact and a world traveler and is 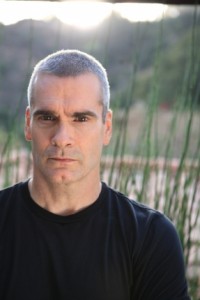 relentlessly seeking knowledge and experience, and I respect his politics and his life perspectives. I’ve seen Henry Rollins speak a couple times at Iowa State University, and it’s always a great time. He  makes you laugh, he makes you think, and he makes you feel what he feels about whatever he’s talking about.

Louis C.K.: Louis C.K. is probably the biggest name in stand-up comedy right now, and it’s well deserved. I love how even when he’s doing a joke about something dirty/inappropriate/misanthropic or mean-spirited, the joke is always ultimately on him. “I have lots of beliefs, and I live by none of them,” is one of my favorite bits from the Louis C.K. “Live at Beacon Theater” special, which you should totally pay $5 for and watch.

Mitch Hedberg: No one ever wrote jokes quite like Mitch Hedberg. They’re like riddles wrapped in enigmas. And his delivery was so…cute. Even if he was telling a joke about drugs or sex or something awful, he had this way of telling it that made him sound lovable and impish. One of my favorite Mitch Hedberg jokes was the one about, “My fan moves side to side and it always seems to be shaking its head ‘no’ at me. So when I talk to my fan, I ask it questions that a fan would say ‘No’ to. Do you keep my papers in order? (shakes head ‘no’) Do you keep my hairstyle straight?”

Bill Hicks: My brother John (who is hilarious, by the way – all of my siblings are smarter than me) introduced me to Bill Hicks because he thought I’d like Bill’s combination of intellect and rage. He was right! Bill died tragically young (age 32) from pancreatic cancer, and I wish he was still alive because I can only imagine how funny he’d be as he got older. I would have loved to see Bill Hicks’ take on the George W. Bush years.

Rob Delaney: I am obsessed with Rob Delaney. I have read the man’s entire Twitter feed. Back in January, I drove my family to Omaha, stayed in a hotel overnight and had my mother-in-law watch our kids just so my wife and I could go see Rob Delaney’s show

at the Slowdown. Rob Delaney is so, so smart and he’s so, so dirty. I’m not sure I want to re-print any of Rob’s jokes on this blog, because I’m not sure how inappropriate-for-work I want my blog to get, but if you go to Rob Delaney’s Twitter feed you’ll quickly see what I mean. Reading Rob Delaney jokes is like getting an unfiltered glimpse into the male id, but in a good way. But he doesn’t just tell dirty jokes, he’s also really smart and focused and a very good writer, not only of Twitter jokes but longer-form material and articles. I think Rob Delaney could have been a political speechwriter or policy analyst, if not for his comedy career – but I’m glad he became a comedian instead.

There are a lot of other comedians I like, but these are the big ones. I like smart, irreverent, dangerous humor that makes people re-think their assumptions and look at life in a new light. I like comedy that is dark and unsettling and makes people uncomfortable, in a good way – good comedy should make you squirm and writhe and sit at the edge of your seat.

The best comedians know how to get a physical and emotional and intellectual response out of the audience. I hope to do the same on March 9.