I lived in Japan from 2001-2002, working in Saitama prefecture, Hidaka City as an Assistant English Teacher on the Japan Exchange and Teaching (JET) Program.

Although I was only in the country for one year, my year in Japan was one of the most influential of my life. I cannot imagine a better way to spend the first year out of college, and I’d recommend it to anyone who is interested in living abroad and experiencing a unique adventure.

I’ve been quite preoccupied by the news from Japan since the March 11 earthquake, the tsunami that followed, and now the frightening nuclear crisis. I’m hoping for the best. I’ve been in contact with my friends in Tokyo; fortunately everyone I know in Japan (and their families) are safe. My heart goes out to the victims and their families. I can’t imagine the devastation that has come crashing down on these people. 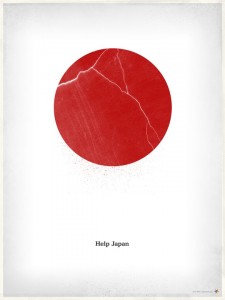 I’ve been thinking a lot about the Japanese earthquake and how it has reminded me of certain aspects of Japan that I really admired.

I’m not an expert on Japanese culture, but I have some very good friends there and the place is close to my heart. So here are some of my impressions of what I’ve been reading in the aftermath of the Japan earthquake:

Crises amplifies the strengths and weaknesses of every individual/organization/culture.

I’ve been really impressed by what I’ve seen from the Japanese people in responding to this earthquake – lots of patience, calmly waiting in lines, no panic, no looting, no disorder. While Japan is not a perfect, crime-free place, they do tend to have a very safe and orderly society. Japan tends to have a high level of social cohesion and “team spirit.” People look out for the interests of the group before they look out for their own self-interest. Japan is very different from America in this way, when compared to the American spirit of go-it-alone, rugged individualism. Japanese culture is good at accepting the things that cannot be helped – “shikata ga nai” is the expression in Japanese for “it can’t be helped.” This is SO different from America. Americans want to fix everything. We never want to concede defeat. We tend to believe that we are all protagonists in our own unfolding story (whereas collectivist cultures like Japan put more importance on each individual person playing their appropriate role in their group, family, company, society – there is more of a context for how you relate to your fellow people and your society). In America, we have a very hard time accepting that some things in life are just inexplicably hard, tragic, impossible, unable to be helped. Japan has a better cultural sense for the transience of things and the fragility of life. (Of course, when this cultural trait goes too far, it becomes hopeless fatalism – which is counter-productive. But in many ways, I think Japanese culture is better adapted to dealing with tragedies and natural disasters.)

Unfortunately, the crisis has highlighted some weaknesses of the Japanese system as well – in particular, Japan has a hard time with delivering bad news. Until fairly recently, even cancer patients in Japan would not be told the full truth about their diagnosis, in order to spare their feelings/keep them from being distressed. We’ve seen this cultural tendency in the Japanese government’s public statements about the nuclear crisis. It’s been hard to get transparent, reliable information about the nuclear situation, either from the Japanese government or from the Tokyo Electric Power company that runs the stricken nuclear plant. Much of the public statements from the Japanese government have been ambiguous and hard to decipher. This is unfortunately a weakness of the Japanese system of government – there is often too much deference given to authorities, bureaucracies and entrenched interest, and not enough transparency to the public. (Gosh, does that sound familiar, America? America is also far from perfect in this regard.)

Japan is prone to earthquakes. When I lived there, I would occasionally be awoken in the night by the sound of teacups rattling in the cupboards – the walls of my apartment building would wobble. Most of the time the shaking only lasted a few seconds, but it still was unsettling to a guy from the Midwestern U.S., where earthquakes almost never happen.

I remember reading about the Tokyo earthquake of 1923, where over 100,000 people died. Japan had a terrible earthquake in Kobe in 1995 where over 8,000 people died. Even with all the modern building codes and advanced construction techniques of a wealthy country like Japan, there’s only so much that can be done to protect human lives against the worst earthquakes.

So in a way, despite the terrible loss of life, part of me was surprised that the Japan earthquake and tsunami haven’t been even more deadly.

Of course, Tokyo is the world’s largest city, and it is particularly vulnerable to earthquakes. Most of the world’s population lives close to fault lines – we are all “whistling past the volcano,” so to speak. Most likely within our lifetimes, major earthquakes will hit some of the world’s most populous cities. It’s not a matter of “if” but “when.”

I know, Japan is a wealthy country – but they still could use our help. I donated to the American Red Cross Japan earthquake relief fund (any unused proceeds will be used to help with other disaster relief efforts around the world). Every dollar counts. If you’ve read this far, will you consider making a small donation?

At times like these, we should all feel lucky just to be alive, to have family and friends who love us, to have food in our bellies and money in our pockets. Let’s give a little bit to help people who are facing terrible challenges – in Japan or elsewhere in the world.

Please give what you can.

I am part of the cast of “The Beebo Brinker Chronicles,” a play being produced by StageWest Theatre Company in Des Moines, Iowa. Opening night is February 18, 2011.

It’s been a long time since I’ve acted in a play. The last time was when I was a junior at Rice University in spring of 2000, and I was in a Rice Players production of “A Man For All Seasons.”

I’ve been thinking off and on about trying out for another play during the past few years, but I never got around to it. Finally last November I decided to audition for “Beebo Brinker Chronicles,” and I got a part!

I was thinking about some of the things I missed about acting, and why acting is important.

Tickets are on sale now for “The Beebo Brinker Chronicles” at the Des Moines Civic Center’s Stoner Theater!

One of the most rewarding aspects of being a freelance writer is building relationships with clients. Probably 95% of my clients have been good to work with. There have been a few that weren’t the best fit for me, or something wasn’t right with the project. But for the most part, I’ve been fortunate to work for some really great clients.

What makes a great freelance client?

Now and then people will ask me for advice on how to get started on Elance. I’ve written about this before, but here are a few other ideas that new Elance providers should keep in mind:

I recently completed my 7th month of full-time self employment as an online freelance writer.

I love being a full-time freelancer. I love the freedom, the flexibility, the variety, and the rewards. I love building relationships with clients and delivering great work. Part of me is still a little surprised that things are going as well as they have – I was saying to my wife the other day, “I can’t believe we’re getting away with this.”

Two years ago I signed up on Elance – I was looking for some new challenges and to make some extra money on the side (in addition to my full-time job that I had at the time). I almost quit Elance before I really got started. It took me awhile to land my first project, I wasn’t sure if Elance was really “for real,” I wasn’t sure if I would make any money, I was afraid of wasting time and money and effort on something that wouldn’t pan out.

Two years later, Elance is a significant part of my full-time income. I’ve worked for clients on four continents and all over the U.S. I’ve traveled to New York City for client meetings and stayed up late and gotten up early for conference calls with clients and team members as far away as Australia, India, Romania and Pakistan. The newness of this new way of work has not entirely worn off. I’m grateful for all of it, and I feel very privileged to be able to earn a living doing work that I enjoy, being part of the “human cloud” of online freelance talent.

Which brings me to the title of this post.

I used to get a lot of hate mail on my blog – anonymous comments from trolls and haters. (Hard to believe, right? Who would waste their time sending snotty comments to some random freelancer’s blog?)

Most of the hate mail was unintentionally funny – lots of misspellings and poorly reasoned arguments. But one of the messages stuck with me. “You are ordinary,” it said. “Your blog is ordinary, your thoughts are ordinary.”

That one really made me think. You see, I’ve always considered myself to be somewhat of a nerd: somewhat introverted, somewhat socially awkward, somewhat alienated from my fellow human beings.

I’m one of the cool kids now!

But seriously – in many ways, I am ordinary. Everything I’m doing in my online freelancing business reflects the skills and experience I developed in my regular old full-time cubicle-dwelling career. I’m doing the same type of work that could be done from a cubicle, and I’m doing it for clients all over the world. You could too. I think, in the not-too-distant future, this kind of online work will become even more common and, well, “ordinary.”

This is the video that I made for the Elance Cloud Commute YouTube contest.

Someday it won’t be called “outsourcing” or “online freelancing.” It will just be called “work.” No commute (or cubicle) required.

It’s easier than ever before to be productive and in control of your schedule as a freelancer. Here are several (free) online tools that I use to help me with my business:

As much as I love freelancing, there are days when it’s really hard. 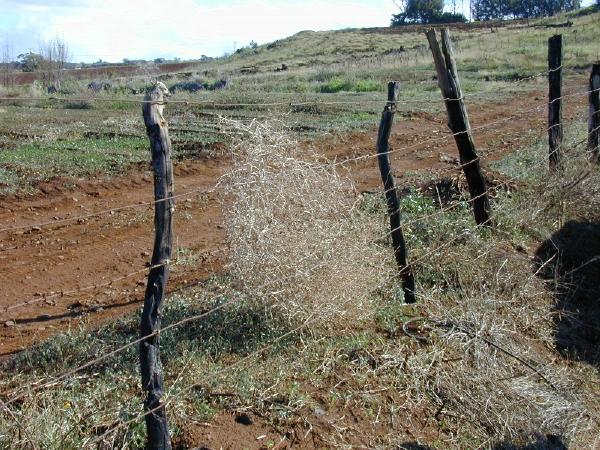 Fortunately, the solution to all of the “lows” of freelancing is the same – go out and find more business!

Clients not getting back to you? Find more business.

Running out of work? Drum up some more.

Freelancing isn’t always easy, but it’s simple: find a project, do great work, repeat as necessary.  Even the worst days as a freelancer are better than the worst days I experienced while working in a cubicle.

And even the lows of freelancing don’t last forever. Opportunities materialize. Clients suddenly write back after long absences. New projects appear on the horizon.

Freelancing has a lot of ups and downs. But for the most part, the highs are higher than a typical day job, and the lows aren’t quite as low.

What do I love most about freelancing?

This was fun – I was profiled in the Aug. 25 issue of Des Moines Juice, a newsweekly for “young professionals.” 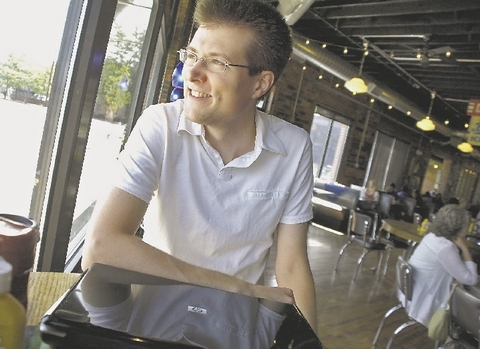 It’s so nice to be able to work at a coffee shop in a sunny spot by the window – I’m still not totally used to that.